The Power of Belief

How High Are Your Expectations?
February 6, 2020
by
Hannah Walden 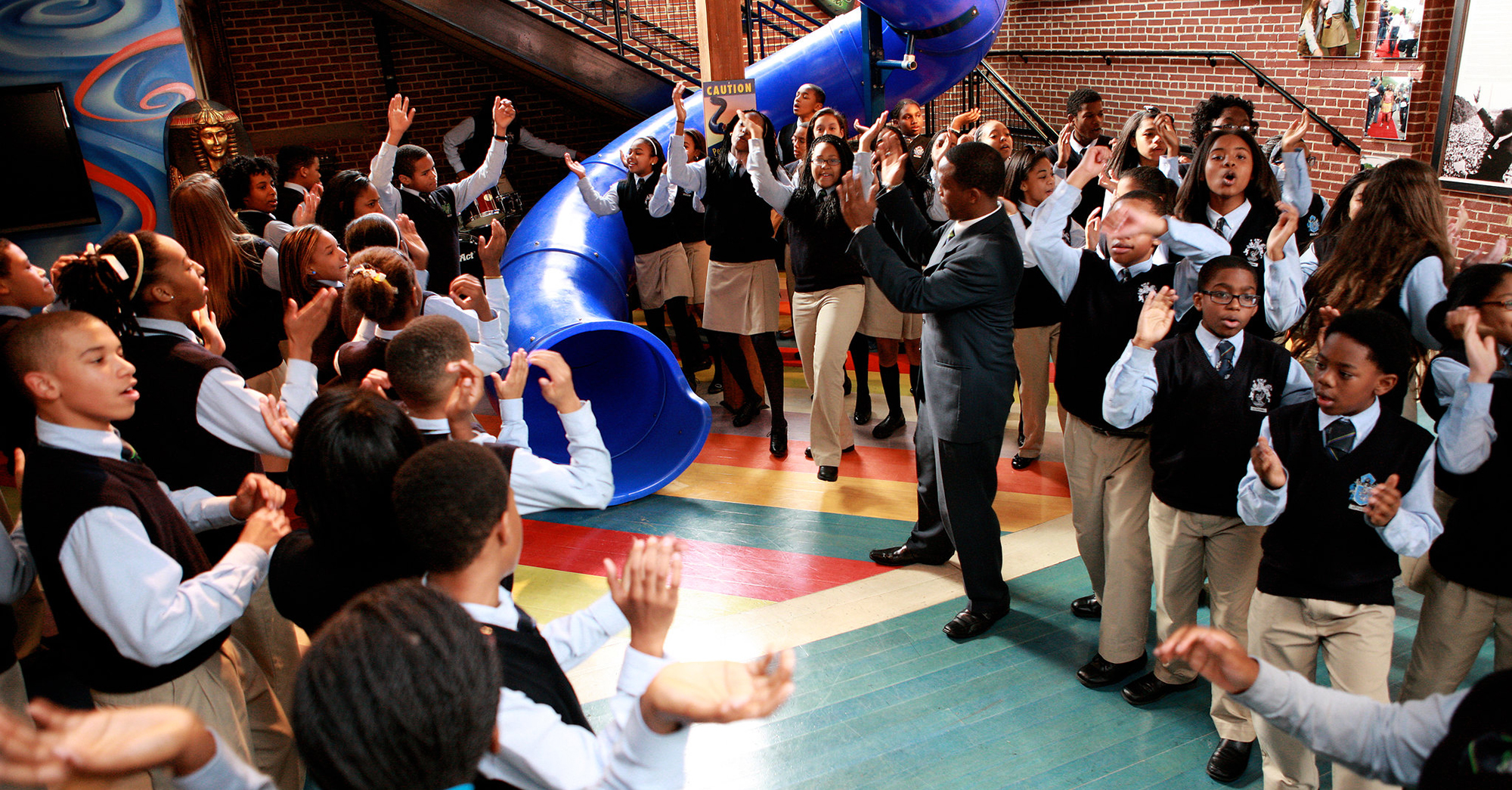 Screen-printing classes at a local art studio. Client summits at Disney World. Improv classes in San Francisco. We’re fortunate that our work leads us to strange and interesting places all over the world. But after all the client immersions and offsite experiences in which we’ve played a role, most of us at The Frontier Project would be hard-pressed to name an experience more inspiring than a visit to The Ron Clark Academy. I would go so far as to describe it as life changing—a true example of the life-altering power of belief.

The Ron Clark Academy is a non-profit middle school in southeast Atlanta, GA. And it is unlike any other school in the world. Picture a stately old brick warehouse. The front of the building is guarded by an iron gate. You instantly have the sense that if there’s such a thing as a modern, Atlanta-based Hogwarts, this is it.

When it’s time for your tour, the front doors fly open, and for the next two hours you’re swept into another universe. Music thumping. Waves of middle school students greeting you from every direction with huge smiles, strong handshakes, and heartfelt hugs. Naturally, you can’t help but smile and maybe look around expectantly for the adults who will surely be leading your tour. Except they won’t be. Instead, your new middle school friends confidently take you by the hand and off you go into the whirlwind of The Ron Clark Academy. And what’s more impressive than the grandeur of the building—the chandeliers, and the endless photographs of students adorning the hallways (pictures of them dancing in giant groups, smiling on field trips to Machu Picchu, posing with Oprah...)—is the genuine spirit of confidence and enthusiasm that possesses every single student in the building. The energy here is unmatched and the mood is unmistakable—students here aren’t just engaged. They love school.

So how is this possible? As someone who personally despised middle school, I found all of this to be utterly confounding. Fellow colleagues on my tour were equally amazed. Isn’t middle school kind of supposed to...suck? Fortunately, we didn’t have to leave with unanswered questions. At the end of our tour, Ron Clark himself gave a rousing keynote (that at times felt akin to a one-man broadway play between his jumping, heel-clicking, and general fired-up-ed-ness) that addressed my need for explanation. With unbelievable passion and energy, Clark began to unravel his secret: Belief. Clark’s approach to student excellence and success is predicated on the power of belief. He believes that when educators set high expectations, students rise up to deliver high performance. And this insight, as simple as it may sound, has real implications for business leadership.

But belief is not necessarily an easy thing for leaders to give, because it feels inherently risky. What if they let me down? What if they don’t actually have the potential? What if they don’t care as much as I hoped they did? It takes courage to believe in a teammate from the outset. But it’s a risk that can reap incredible results.

Belief is an action. It’s not enough to simply feel belief internally. Leaders have to demonstrate belief—words of affirmation must be backed up by gestures of trust. “You know what, why don’t you run this meeting” or “Why don’t you lead this client call?”

The next time you’re self-evaluating as a leader, take a lesson from Ron Clark. Have you made the choice to believe in your team? You never know what results might be waiting on the other side of raised expectations.