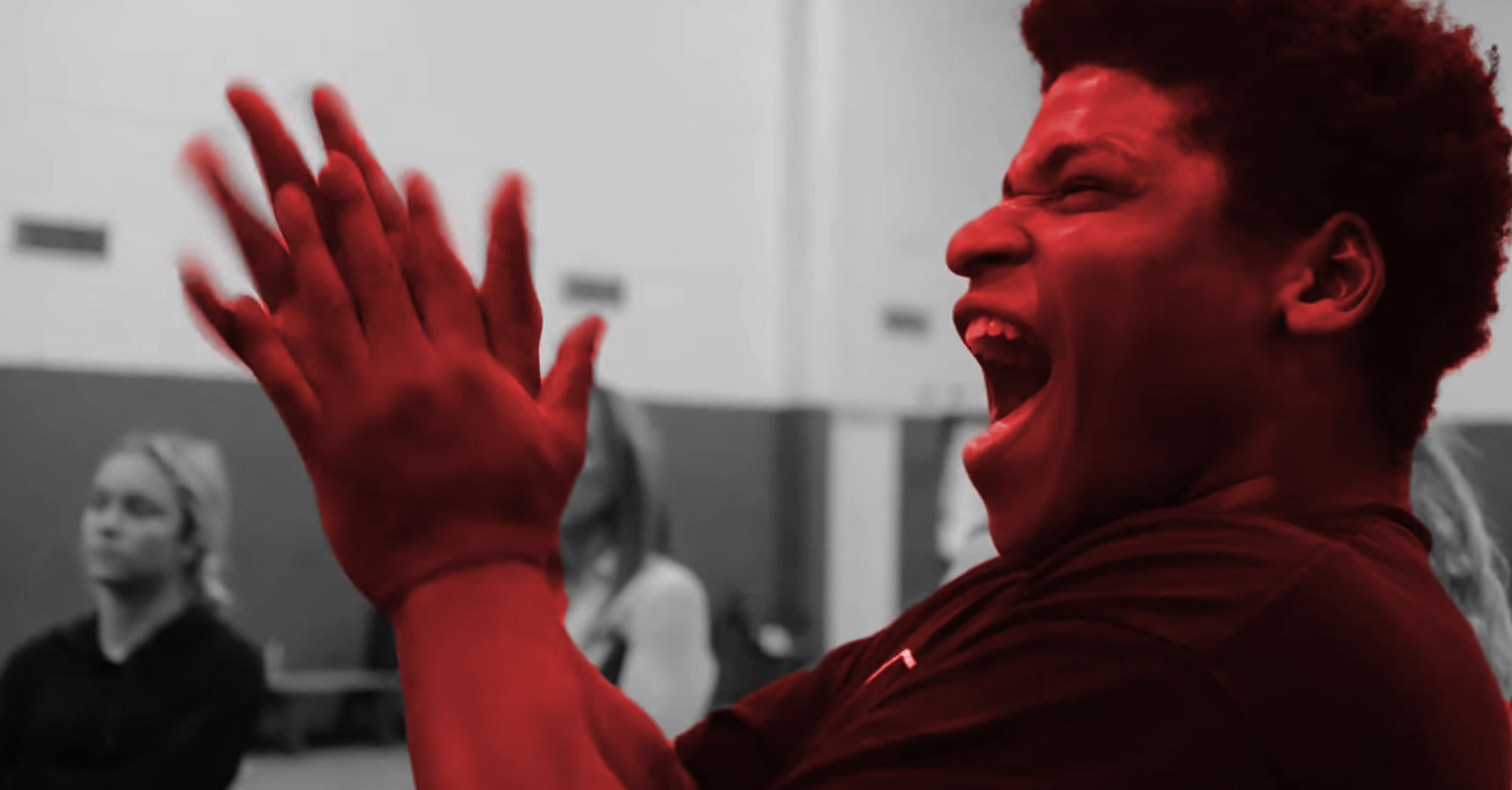 Chances are that some time during the coronavirus pandemic, you've come across the Netflix docuseries phenomenon Cheer? The series follows Monica Aldama, coach at Navarro Community College, as she pushes her team to their physical and psychological limits. She has won countless national cheerleading championships while holding her team to incredibly high standards, proving to viewers that cheerleading isn’t just cute uniforms and sunless tanner; it’s a hardcore sport where top athletes push themselves to their limits.

If Aldama is the team’s foundation, then base cheerleader Jerry Harris acts as the studs that frame and support the house. He is the team’s prime example of discipline, grit, and empathy. Jerry is the king of what the cheer world calls “mat talk,” the art of loudly vocalizing your support, appreciation, and pride for your fellow teammates with the intent of pushing them to be their best selves while on the mat. For Jerry, that sounds a lot like “Serve it!” or “Yas, lock it in!”

Full disclosure, I am Jerry. I love being a hype man for my friends, family, and co-workers. I have the privilege of being able to feel that deep, move-you-to-tears, make-your-heart-swell kind of pride in seeing the folks I’ve chosen to surround myself with push themselves to achieve what they are capable of.

And I want to mat talk the heck out of them and their accomplishments. But what I’ve learned is that I may actually be doing it wrong.

For example, we recently had a company-wide event where folks drew names out of a hat and were asked to prepare a few words of appreciation to deliver in front of the whole team.  I was so excited to mat talk my co-workers and to be mat talked in return. This event was made for me.

As luck would have it, my manager drew my name which made the exercise all the more impactful. Tears were shed and hugs were given.  It was A-plus mat talk, friends. I felt seen by my boss in a way that fundamentally changed our relationship.

Now, while I may have thought this was the best thing that’s happened since gluten-free pasta, it was clear that some teammates were actually withering inside from the all-eyes-on-me type attention.

One person in particular looked as though they were actively trying to crawl inside themselves to avoid it all.  Red cheeks and fidgety feet were abundant. To preserve their sanity (and privacy) I won’t name names, but we failed this person. As a team, we all knew they did not feel comfortable or okay with this type of public mat talk. They preferred things like thoughtful private correspondence or simply watching the ripple effect of their great work positively impacting those around them.

Author Gary Chapman explores this concept in his book The 5 Languages of Appreciation in the Workplace: Empowering Organizations by Encouraging People. He argues that appreciation isn’t one-size-fits-all but is rather much more personal and in line with how we feel seen and loved as individuals.

The person who thrives off the Jerry-esque, mat-talk style of appreciation and recognition varies greatly from the one who would rather be appreciated in a more quiet and private way—say, an email or an unexpected latte delivery. The shift in delivery holds true to its intent — giving deserved praise and appreciation — while also demonstrating care by catering to the individual being praised.

Being mindful of appreciation styles isn’t difficult to do. In fact, it should be baked into the work of creating psychologically safe workplaces. When it comes at regular and appropriate intervals, teams are better positioned to feel safe enough to try and fail as well as to give honest feedback to a superior— a key factor in happy, healthy teams.

Leaders: are you aware of the ways in which those around you like to receive appreciation? Do they need that hyped-up mat talk on the full-team Slack channel or would they rather receive a handwritten note acknowledging the great way they showed up?

My lesson? Be more of a Gary than a Jerry.